A downloadable package for Windows

This is a four-part anthology series of short, amateur, terribly-made, and experimental games using RPG Maker MV. It considered as a package game.

The first game of the series (his very first and education text-based game) inspired on Zork and Multiple Choice Trivia Quiz, it's about the questionnaire who contest the player for 20 interesting quizzes. 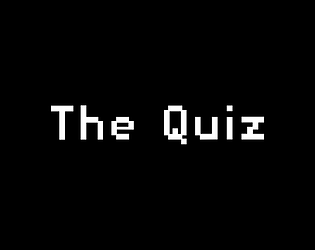 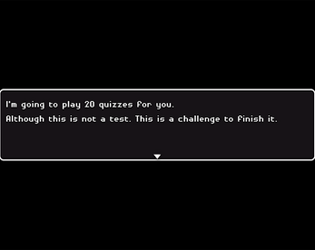 The second game of the series (his first Telltale Games-esque and episodic game). The Narrator tells about his confusing plot himself to the Player.

The third game of the series (his first mini-game). It's about the man and the girl are searching puppies before the time is running out.

Arina Find the Way Out

The fourth and last game of the series. It's about Arina trapped inside the surrealism house and find the way out.

Arina Find the Way Out 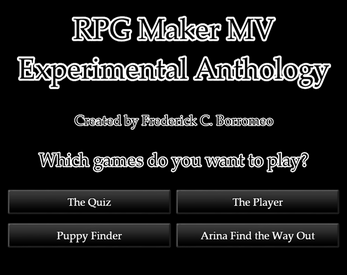